Tonight the presentation will mention the jaguar hide and feather headdress found in Tikal Burial 196, so includes ethnozoology (obviously the feathers were just dust imprint but segments of leather of the jaguar were still preserved, and the claws).

For botany mentions cacao or other beans found inside one of the ceramic vases. Plus the wood used to roof the tomb (yes, the ceiling was wooden poles rather than vault capstone). We show the entire sequence of construction of this 8th century royal tomb chamber.

The main part of the presentation will be the architecture of the Str. 5D-73 pyramid: identical in every aspect to the pyramid of Temple I except smaller (Hellmuth also excavated the northeast corner of Temple I the month before excavating the entire pyramid of Str. 5D-73).

Discussion of the offerings in the burial (more ceramics than any tomb of Tikal or Uaxactun) documents that some of the pots were decorated, literally, by children or if adults, individuals who were not artists whatsoever. We also show the same for offerings in the tomb under Temple I (excavated by Trik several years earlier). Just as the pyramids were identical, many offerings in Tikal Bu. 116 (Temple I) and Tikal Bu. 196 (Str. 5D-73) were identical.

So lots to see, lots to learn about Classic Maya civilization, Sept. 19, 8pm EST, which is 6 pm in Guatemala. 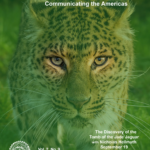