in Maya art and mythology

We have accomplished lots of successful research on flowers that appear in Maya paintings and sculpture. Plus have an improved list of all plants used for roof thatching.

Naturally we are also working to save endangered species and fragile eco-systems.

For fauna, our interests and research includes: 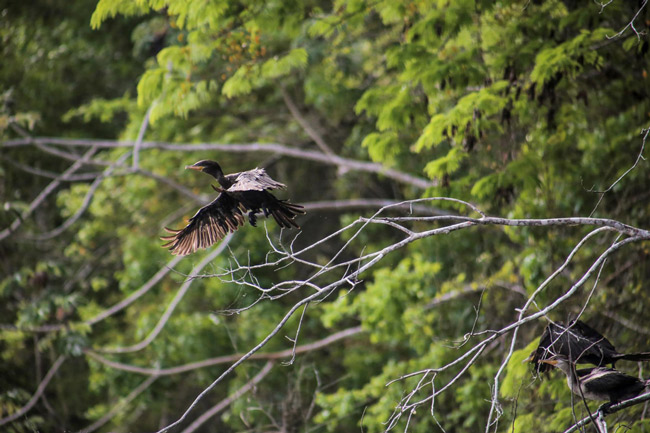 The above creatures are our primary interest, but we find new things to study every time we are in the middle of a forest or wading through a swamp, or at high altitude on a mountain, or surrounded by cacti and other thorny plants in dry eco-systems.

Why would a person dedicate their life to studying flora and fauna of Guatemala?

If you live in the Tikal National Park for 12 consecutive months you experience all the varying seasons. So you get to see the different species of birds, ants, and everything else that are more prevalent in some months than in others. I was at Tikal the entire year 1965 plus another month a later year to do additional archaeological work there.

My first experience with the “jungles of Mexico and Central America” was at age 16, in 1961. I was trying to get to Palenque Maya ruins in Chiapas. The train would not arrive until early evening so I decided to experience the rain forest by hiking along the train tracks into the forest. After a mile or so I saw a local Maya and asked him if he could take me into the rain forest so I could experience it.

Today, in 2018, I am still asking local people in different parts of Guatemala to take me into the mountains, valleys, swamps, lakes, and also cacti eco-systems in two of the several seasonally dry areas of Guatemala (Rio Motagua and Rio Sacapulas, very far from each other and not connected). 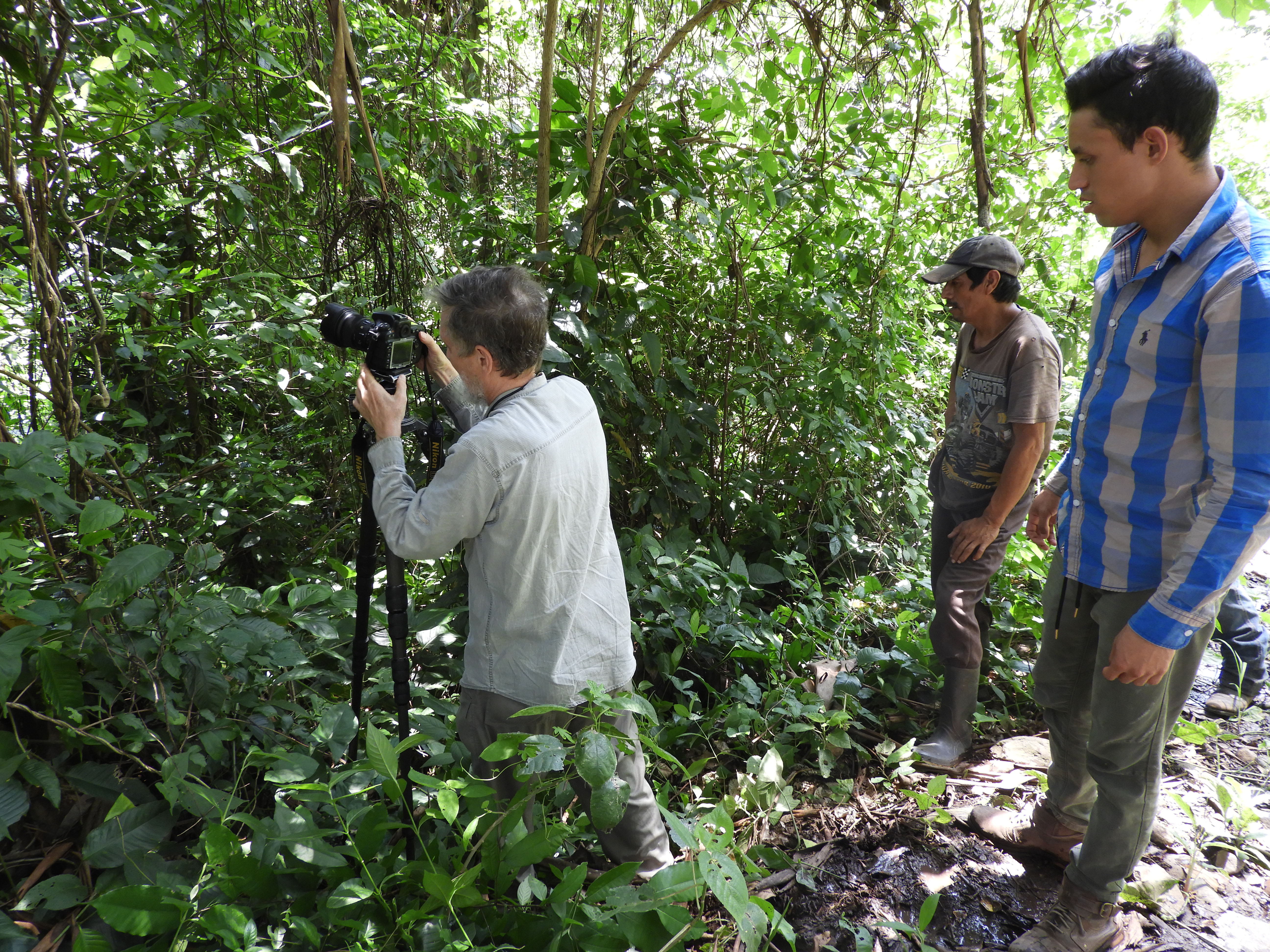 In 1962 I was back in the rain forests of Chiapas, hiking to the ruins of Bonampak. The INAH archaeology team had kindly welcomed me to assist them in setting up their camp for that season. So I experienced hiking from one Lacandon settlement to another: lots of remarkable trees, flowers. What a great experience (as a teenager, the summer before I began my stint at Harvard).

In summer 1963 and again in summer 1964 I was back in the rain forests of Tikal, Guatemala. The archaeologists of the project noticed that I spent more days at Tikal per visit then most tourists and that I had experience with photography of architecture. So Peter Harrison asked if I would like to be a volunteer to work as a student intern at Tikal in the following year.

Then for several years in the early 1970’s I lived overlooking Lake Yaxha as founder of a project to map the entire city of Yaxha (together with archaeologist Miguel Orrego). Plus archaeologist Carlos Rudy Larios assisted during the first season. Living year after year in this area alerted me to the need to protect the ruins from looting and to protect the forest from being bulldozed, or burned down for cattle ranches. So I began to work for several years to have Lake Yaxha and adjacent Lake Sacnab declared a national park. In subsequent years Guatemalan environmental groups were able to encourage that an even larger park could be added to the core that I initiated (so the expansion included Naranjo). I had done mapping at Nakum but in those years never had time to get to Naranjo. Today’s park is Parque Nacional Yaxha Nakum Naranjo.

So protection of the forest and the animals of all kinds is a crucial priority of me personally and of FLAAR in USA and FLAAR Mesoamerica in Guatemala.

Diabetes 2 is a major cause of incapacitation, poor health, and death among people in rural and remote areas. But there are more than 116 native edible fruits so we are working on project proposals to significantly improve family health. There are also lots of edible healthy roots, edible flowers, stems and lots more edible leaves. We have project fundraising proposals ready for any individual, family, company or foundation that would like to meaningfully change the food habits towards major and lasting changes in family health.

Using top of the line Canon EOS 1DX Mark II and corresponding best Nikon D5, we do telephoto photography of birds and macro close-up photography of smaller creatures. You can see samples on our www.maya-ethnozoology.org.

Our photography of flowers, plants, trees, vines, mushrooms, and other plants

With the same camera equipment and decades of experience we do intensive photography of endangered, underutilized, and fascinating plants of the Maya and Xinca areas of Guatemala. We would also enjoy doing photography of flora and fauna in the Garifuna area of Izabal.

To see examples of our field-photography and studio photography, there are lots of high-res awesome quality photographs on our www.maya-ethnobotany.org.

Since FLAAR partnered with a number of collages and universities in the 1990’s to 2006, and as Dr Nicholas was thus a visiting research professor in advanced digital imaging and digital wide-format inkjet printing, we also have a web site with tips on how to improve your photography: www.digital-photography.org.  Plus an entire network of web sites on printing technology trends: www.FLAAR-Reports.org and many more which are linked from there.

Dr Nicholas Hellmuth was also a consultant in digital imaging of cultural heritage on the Island of Malta (for the cultural heritage team of the University of Malta). Dr Nicholas had earlier been a six-month Guest Research Professor at MINPAKU, the National Museum of Ethnography of Japan, outside Osaka. Again the topic was training the capable team in Japan on digital imaging which in the 1990’s was still quite new.