Snakes are a group of reptiles belonging to the order Squamata, including lizards. Guatemala has more than 273 species of reptiles. Of which 133 species are snakes. The lowlands of northern Guatemala is the area with the most species with around 73 species, being more than half of the species present in the country.

In the lowlands these 73 species belong to five different families. Being these: Boidae, Leptotyphlopidae Colubridae, Elapidae, Viperidae. 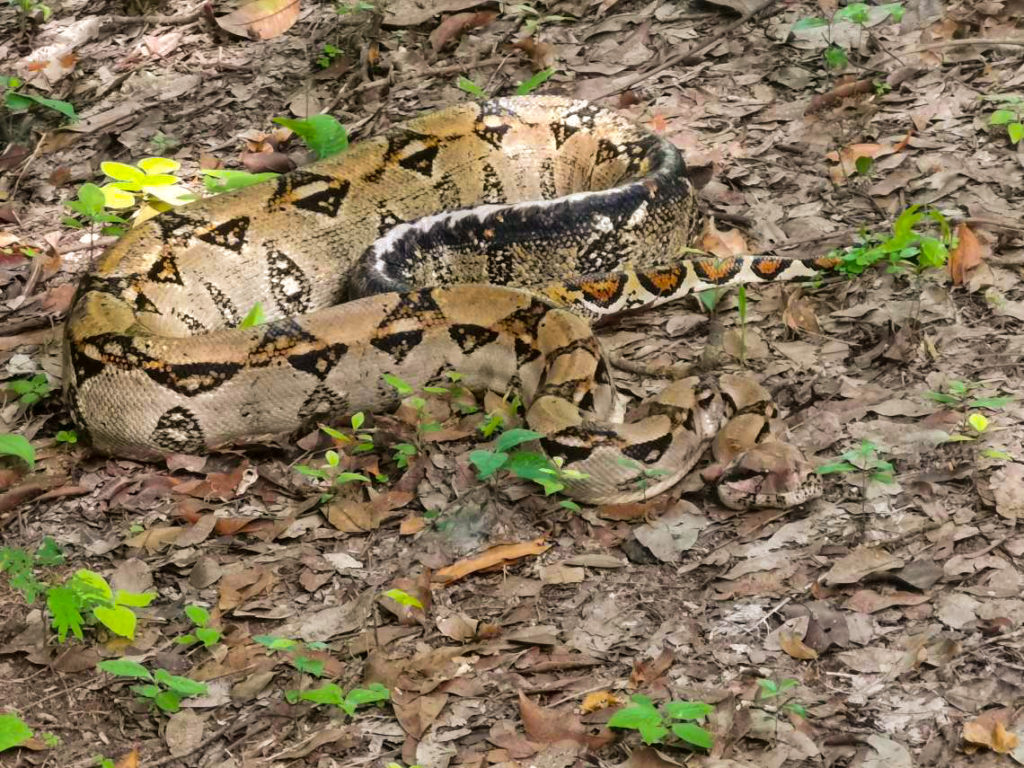 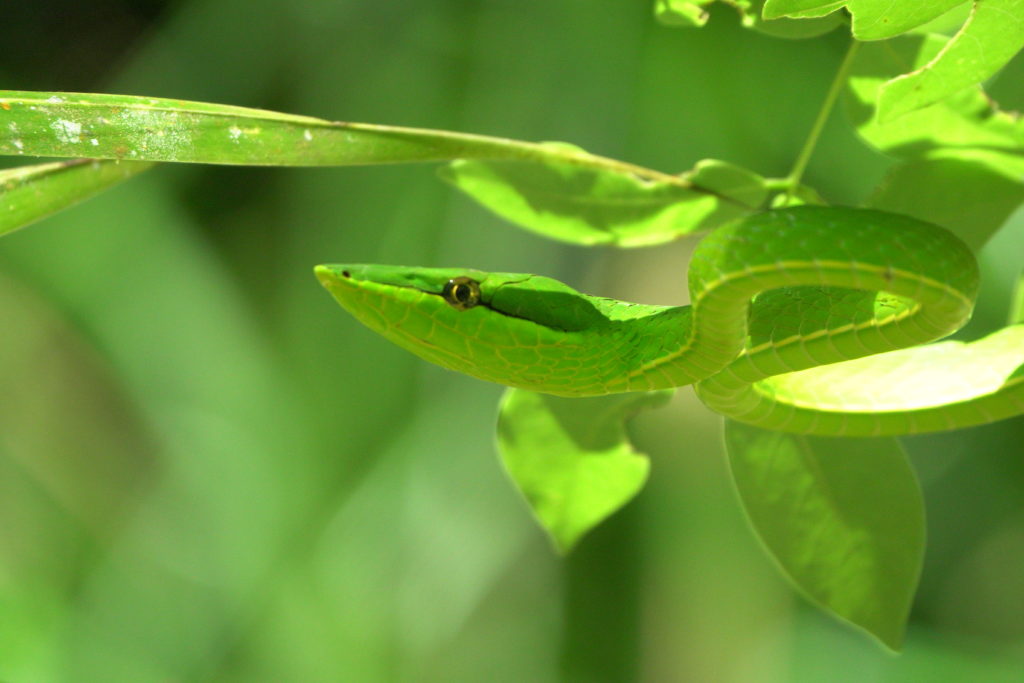 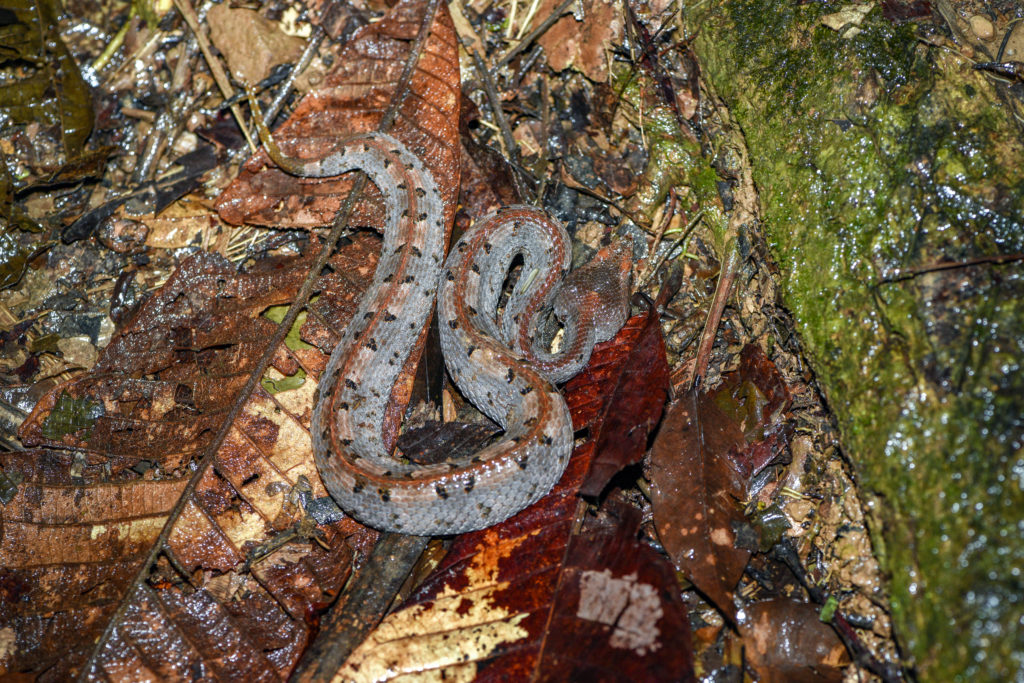 The case of Bothrops asper, the – Central American Lancehead

The or also called “Barba amarilla” in Guatemala (Yellow beard) is known and feared throughout the north of Guatemala. Its reputation is not for nothing, because this is the most poisonous snake in all of Guatemala. This is one of the snakes that cause the most ophidic accidents per year, this is because this snake adapts quite well to the disturbance of the areas. So it is normal to have encounters with this snake in the field, on many occasions people cannot see the snake, and it bites them when it feels threatened. Due to this, people come to kill at the sight of one. 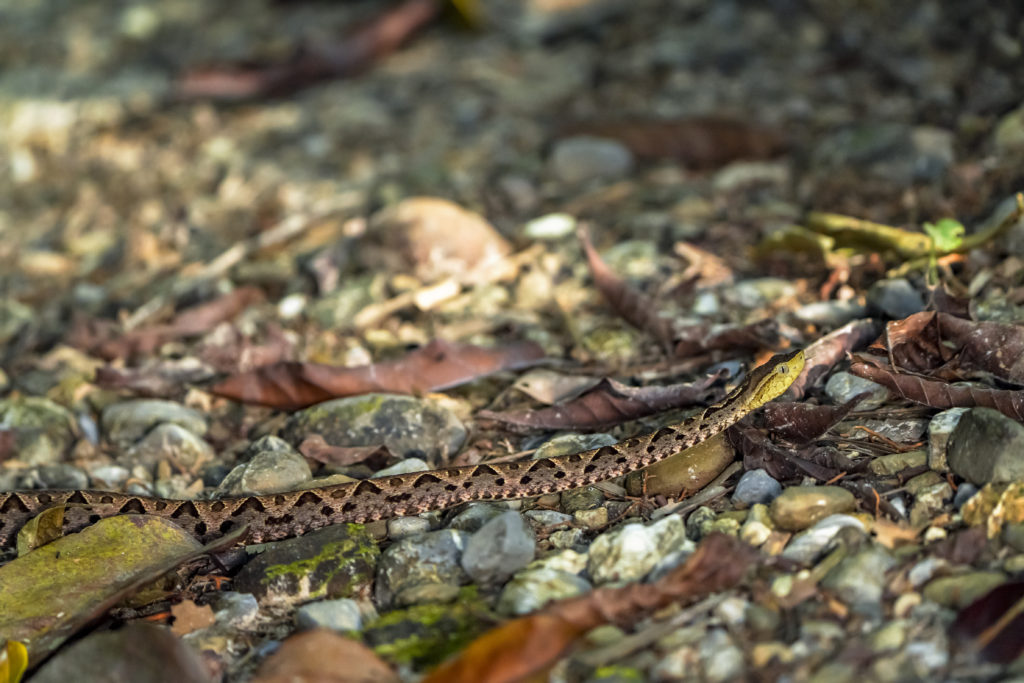 This snake is one of the largest, reaching 2 to 3 meters long. These have keeled scales around the body, and a beige and brown coloration, in the part of the lower jaw they have a yellowish coloration (reason why it receives its common name of “Barba amarilla” in spanish). It has vertically elliptical eyes that resemble a cat’s. The venomous fangs can reach more than 5 cm. It is a species of nocturnal and terrestrial habits, only juveniles can be found in the treetops.

The form of reproduction of this snake is viviparous, so they do not lay eggs, instead the females give birth to live young. A single female can give birth to more than 80 offspring in a single clutch. These at birth have enough poison to kill a human. They feed mainly on mice and small animals. Despite being a fairly feared snake, it plays a very important role in nature, since it keeps rodent populations low and prevents their overpopulation. 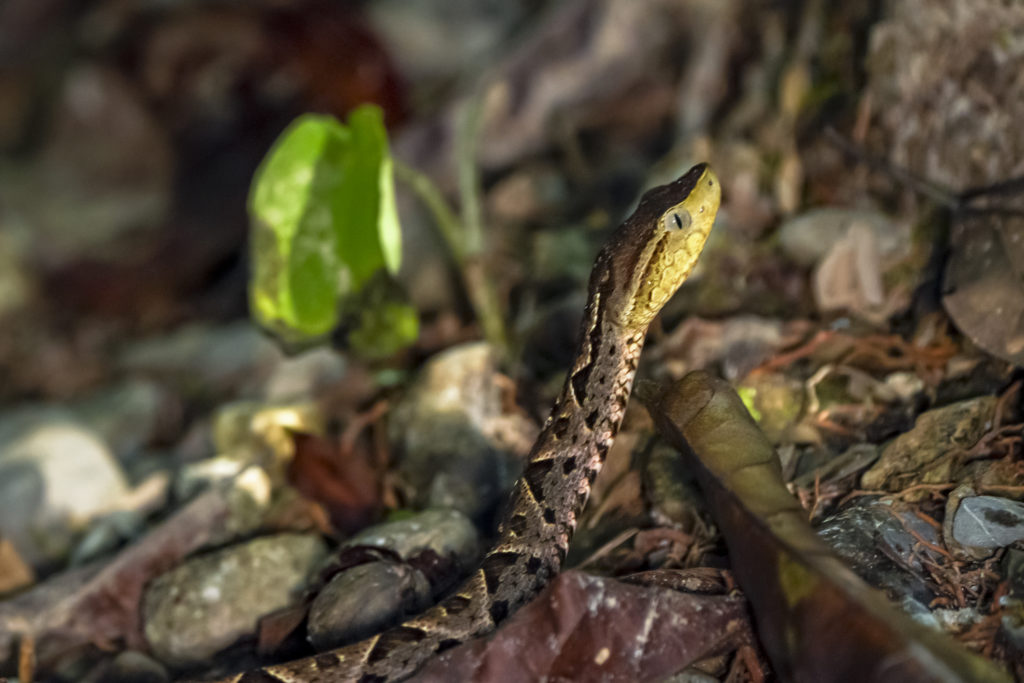 The diversity of snakes in the country is quite extensive, from harmless snakes that do not represent any danger to deadly poisonous snakes. All these species of this group have a very important role in ecosystems. Such as avoiding the overpopulation of many pests like rodents and even being the food of many other organisms such as the prey of hawks and owls. The venom of snakes is also of medical importance, since it is from the venom itself that anti-venoms can be used, and it is currently being studied that other medicines can be made from the venom of these animals. Therefore, the role played by these animals is quite important not only within ecosystems but also within the area of human medicine.