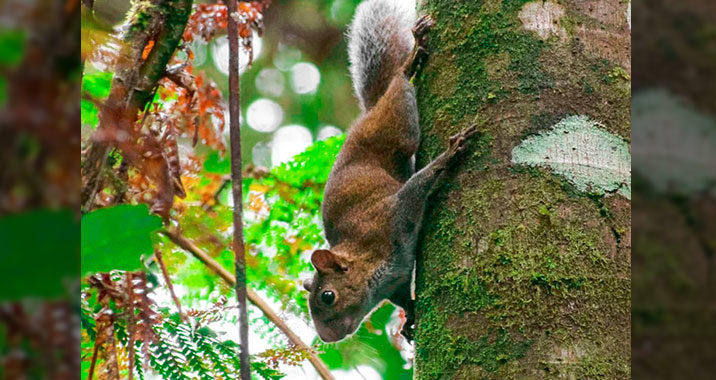 Squirrels are a group of arboreal rodents belonging to the suborder Sciuromorpha, where groundhogs and prairie dogs are also found (Wilson & Reeder, 2005). They belong to a group of Eurasian origin (Laurasiatheria) that through different dispersal events have been able to colonize all continents, except Antarctica and Oceania (Mercer & Roth, 2003). Squirrels can now be found in Australia but these were introduced by humans, causing damage to local species (Wood, Koprowski & Lurz, 2007). Squirrels inhabit almost all ecosystems and can be found in habitats at sea level to mountainous areas, they are only not found at the poles and in the driest deserts in the world.

Most squirrels have a relatively short and wide skull with typical dental features of any rodent. Large incisors that grow throughout their lives are used for gnawing and molars are used to grind their food (Rose, 2006). They have a mainly herbivorous diet, preferring to feed on seeds, nuts, fruits, and conifer cones, foods rich in plant proteins. They rarely feed on leaves and grasses as they do not have the ability to digest cellulose. Although rare, there are records of squirrels feeding on small reptiles, bird and reptile eggs, and insects (Koprowski et al. 2017).

Most species of squirrels are arboreal, so they have various adaptations that allow them to move among the trees with great ease. Among the most critical adaptations are: curved claws that allow them to hold on to the bark of trees; vibrissae a type of mustache with sensory functions found on parts of the head and body; a good vision that helps them calculate the acrobatics that it must carry out to transport itself between the branches and a long tail that fulfills different functions such as serving as a parachute when jumping long distances and helping them to maintain its balance while jumping from one branch to another (Koprowski et al. 2017; Thorington & Heaney, 1981). Some species of squirrels go a step further by developing a membrane between their limbs that works like a parachute, allowing them to glide from one tree to another. Squirrels that possess this intriguing adaptation are colloquially called flying squirrels (Reid, 2006; Thorington & Heaney, 1981). 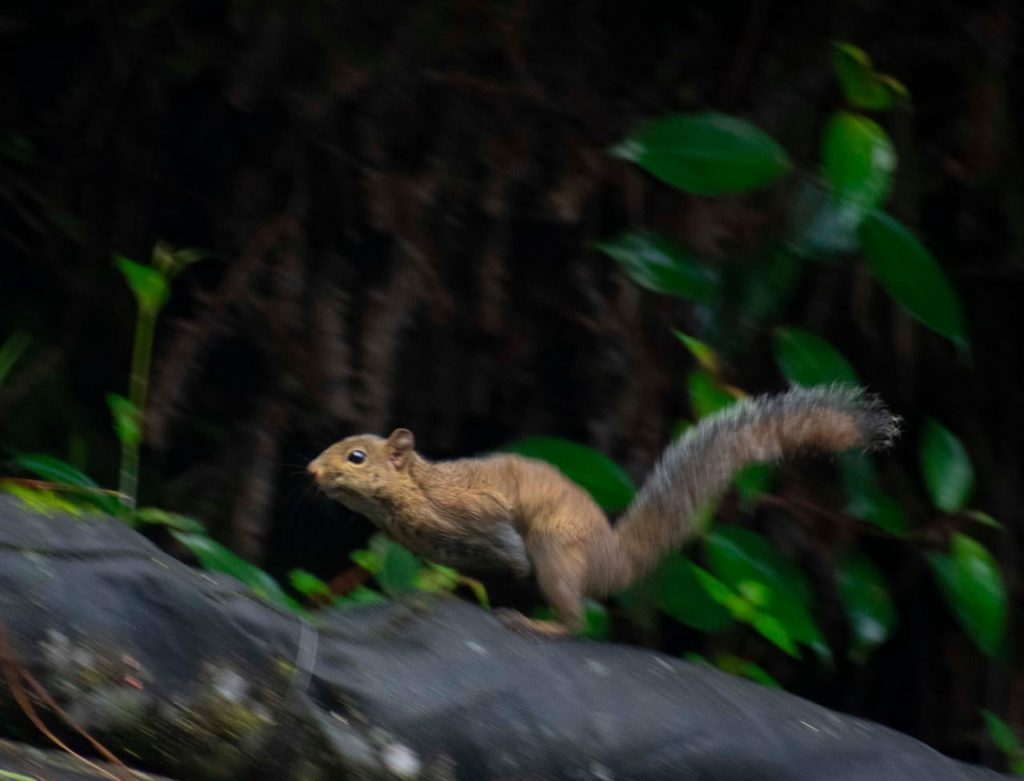 In Guatemala there are 5 species of squirrels divided into 2 genera:

Known colloquially as the gray squirrel or red-bellied squirrel, it is a large species with high variability in fur (Reid, 2006). They are usually squirreled with gray dorsal fur, a reddish or orange belly, and a white-edged tail, but this can vary. There is a record of at least 4 different forms of fur (Reid, 2006). The variation in fur is related to the temperature and humidity of the habitat. S. aureogaster is distributed from the western plains of Mexico to the mountains of central and southwestern Guatemala, it can be found 0 to 3,300 meters above sea level (Reid, 2006). S. aurogaster lives mainly in broadleaf forests and pine-oak forests and reproduces throughout the year and has between 2 to 4 offspring per litter (Koprowski et al. 2017). S. aureogaster was sold as a pet in the United States, specimens that escaped or were released, formed an invasive population in Florida (Koprowski et al. 2017). 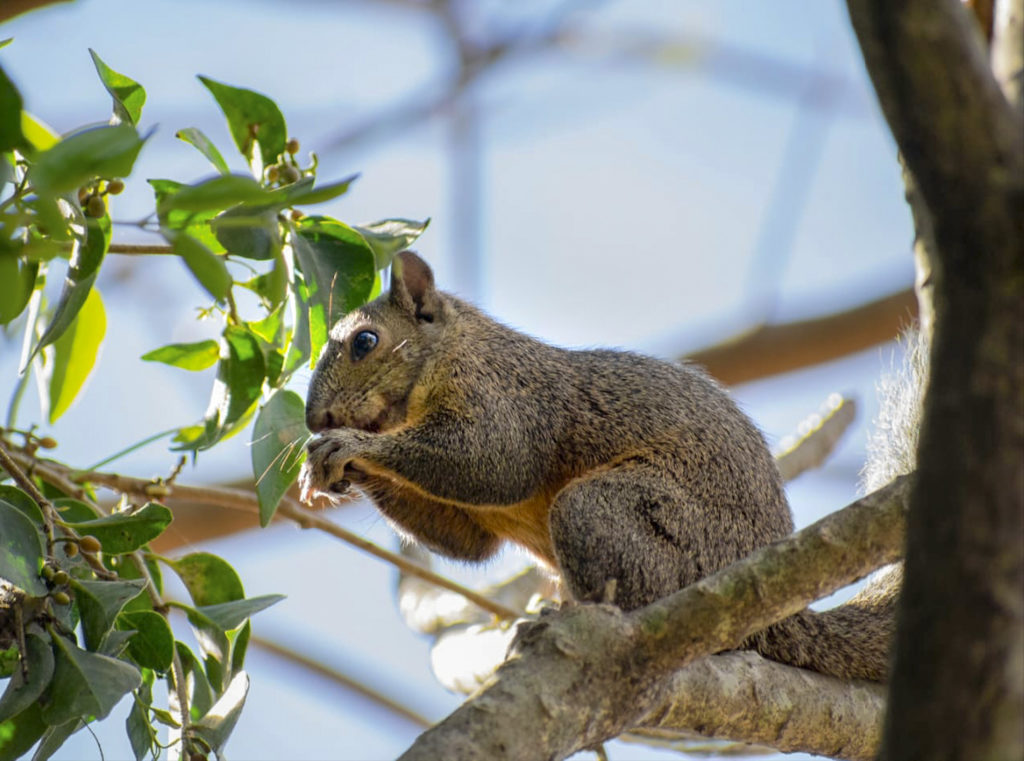 Commonly known as the Central American squirrel or Pacific squirrel, it is similar in size to S. aureogaster, making it normal to confuse them in areas where their distribution overlaps. S. variegatoides has a highly variable coat, and it is common to find specimens with black, reddish or whitish patches (Reid, 2006). Reporting at least 8 different forms of fur with multiple intermediate forms (Reid, 2006). It is distributed from the southern Guatemalan coast through northeastern Guatemala to Panama. Found from sea level to 1,800 meters above sea level. It is found in both dry deciduous forests and evergreen forests (Harris, 1937; Reid, 2006).

It is the smallest squirrel of the Sciurus genus in Guatemala, this characteristic helps to differentiate it from the other species. It presents the upper part of the fur with a reddish brown coloration and the white or gray ventral part (Reid, 2006). It has a narrow reddish tail. This species is distributed from southern Mexico to Costa Rica, found from sea level to 2,800 meters above sea level (Reid, 2006). S. deppei mainly inhabit mature forests and forests with thick vegetation, their dependence on mature forests makes them vulnerable to local extinction, as is the case in Costa Rica where S. deppei is listed in cites appendix III (includes species protected in at least one country) (Cante, 1992; Reid, 2006). This species does not present sexual dimorphism. There is a record that during the mating season S. deppei builds nests with leaves and branches (Cante, 1992).

Known colloquially as the Yucatan squirrel, it is similar in size to S. aureogaster and S. variegatoides . The dorsal fur is grayish black or gray with a mixture of yellow, the ventral fur is white or yellowish gray (Reid, 2006). As its name indicates, it is distributed in the Yucatan peninsula in southern Mexico, northern Guatemala, and Belize (Reid, 2006). The distribution of S. yucatanensis is restricted to lowlands as they are only found from sea level to 700 meters above sea level. It inhabits a large number of ecosystems such as deciduous forests, evergreen forests, and pine-oak forests (Best, Ruiz & Paniagua, 1995). 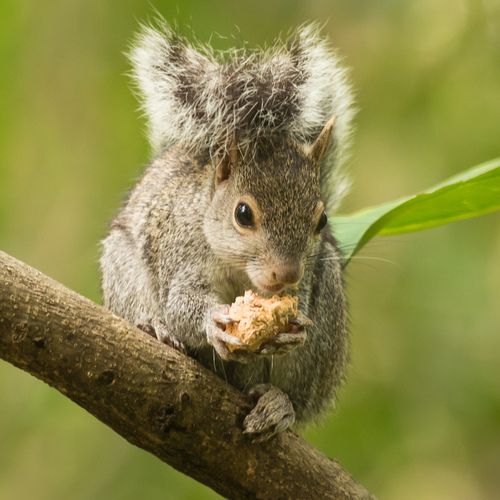 It is the smallest squirrel species reported in Guatemala. Colloquially it is known as a flying squirrel because it has a membrane of skin that joins the front limbs with the hind limbs, this membrane serves as a parachute when the squirrel stretches its legs allowing them to glide from one tree to another (Reid, 2006). The dorsal fur has a grayish-brown coloration while the belly has a whitish color (Reid, 2006). It has a flattened and compressed tail which it uses to balance while gliding (Reid, 2006). G. volans is distributed from southern Canada to Honduras. It can be found from lowlands to 3,000 meters above sea level. In Central America, its distribution is restricted to pine-oak forests (Reid, 2006). 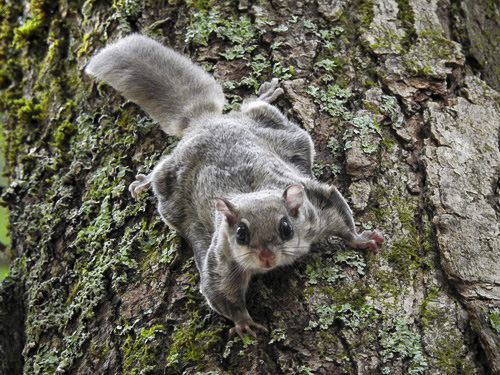 These animals are considered important species, since, by digging their burrows, they introduce organic matter into the subsoil, allowing aeration and infiltration of water into the soil, which allows an exchange of nutrients. They are also excellent seed dispersers since they can bury their food, many times they forget where to bury their food as seeds. This fundamentally helps the reforestation of an ecosystem in a natural way. 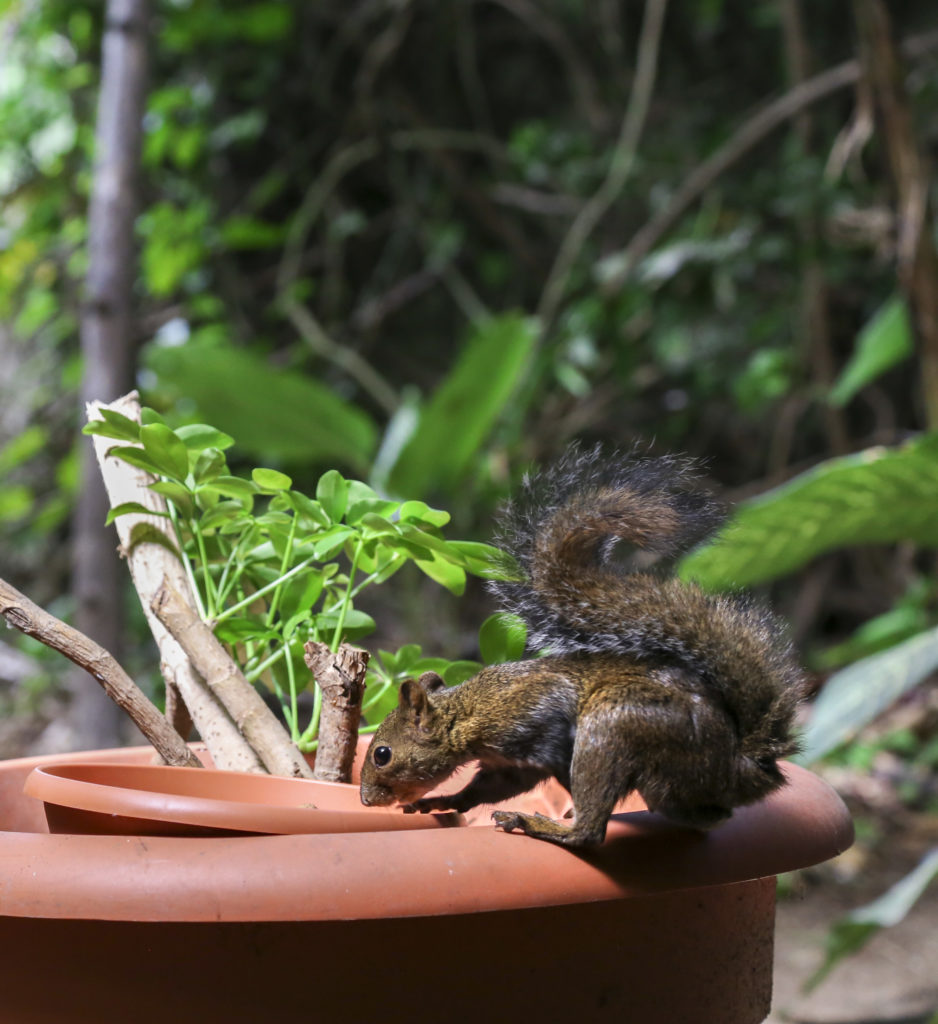