The fall equinox has roughly started (on September 22nd), but instead of turning brown and losing their leaves, many plants start to bloom and create impressive sceneries throughout Guatemala. Yet, many species had already bloomed starting from March. Why are there again so many flowers? 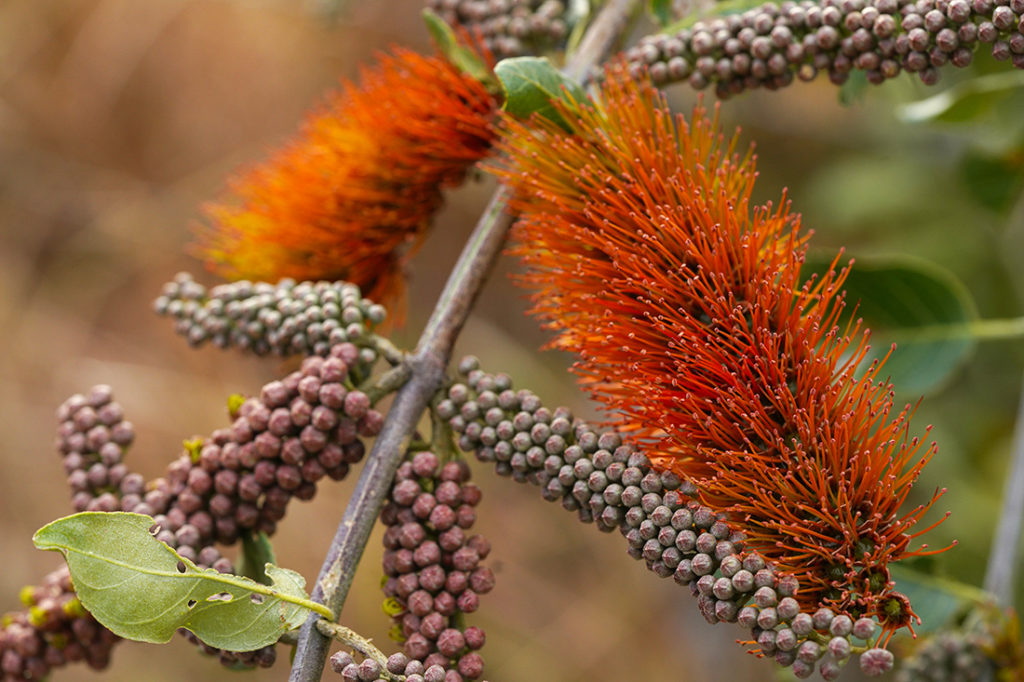 The spring equinox starts in Guatemala and the rest of the Northern hemisphere in March. In fact, this event is really evidentiated through the explosion of flowers which also happens to occur in one of the most emblematic weeks of the Guatemalan tradition: the Holy Week. During this season and through the rest of the equinox, most of the plants take advantage of the good conditions and the start of the rainsgrow and flower. We published a previous blog on this topic in mid March of this year; you can go check it out and learn more about the spring in Guatemala.

What is interesting though, as it is also discussed in the previous blog, is that there’s a second season in Guatemala when many species also flower. In that sense, there are many plants that start to flower now, in October, or later in the year (just when the fall equinox is happening). This doesn’t mean that there are no other plants that flower throughout the year, but the amount of species that bloom is so big and this happens to be so synchronized, to put it one way, that it appears as if spring occurs twice a year.

Ipomoea pauciflora at the road from Chiquimula to Guatemala City; Dec. 2021. Photography by: David Arrivillaga.

The scenery of Guatemala’s so-called “altiplano” (the mountainous region adjacent to the volcanic chain) is perhaps one of the most memorable this season. Many areas by the side of agricultural production zones, which most probably were deforested to produce vegetables at one point, get filled with all sorts of colorful flowers. Species such as Dahlia imperialis (tree dahlia), Perymenium grande (locally known as taxiscobo), Tithonia diversifolia, Tagetes spp. (flor de muerto), various species of Ipomoea, both arborescent (árbol de siete camisas) and climbing (quiebracajetes), among many others, open their flowers and create these very memorable prairylike sceneries. 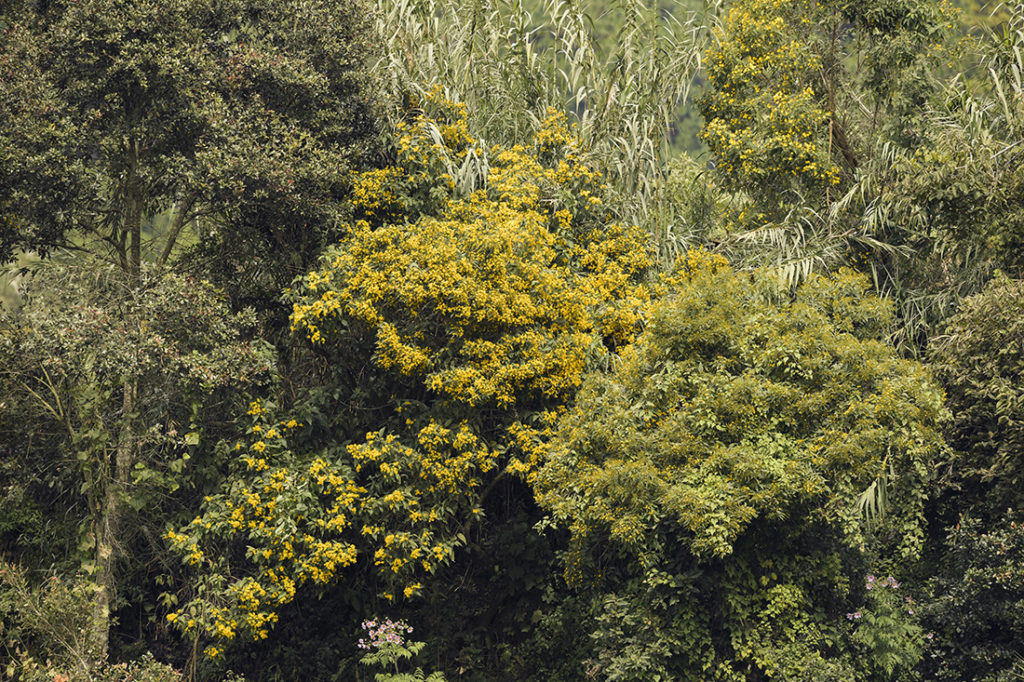 Other species such as Euphorbia pulcherrima (poinsettias or pascuas), Combretum species, Cochlospermum vitifolium (tecomasuchil), Pseudobombax ellipticum, Diphysa floribunda (guachipilin), Cordia trees, many bromeliads, among others, also flower at the same time in other regions of Guatemala. As a side note, the FLAAR Mesoamerica team was able to photograph many of the flowers of the mentioned species in an expedition through the eastern departments of Guatemala at the end of the year of last year. You can check photographs of these species on our websites. 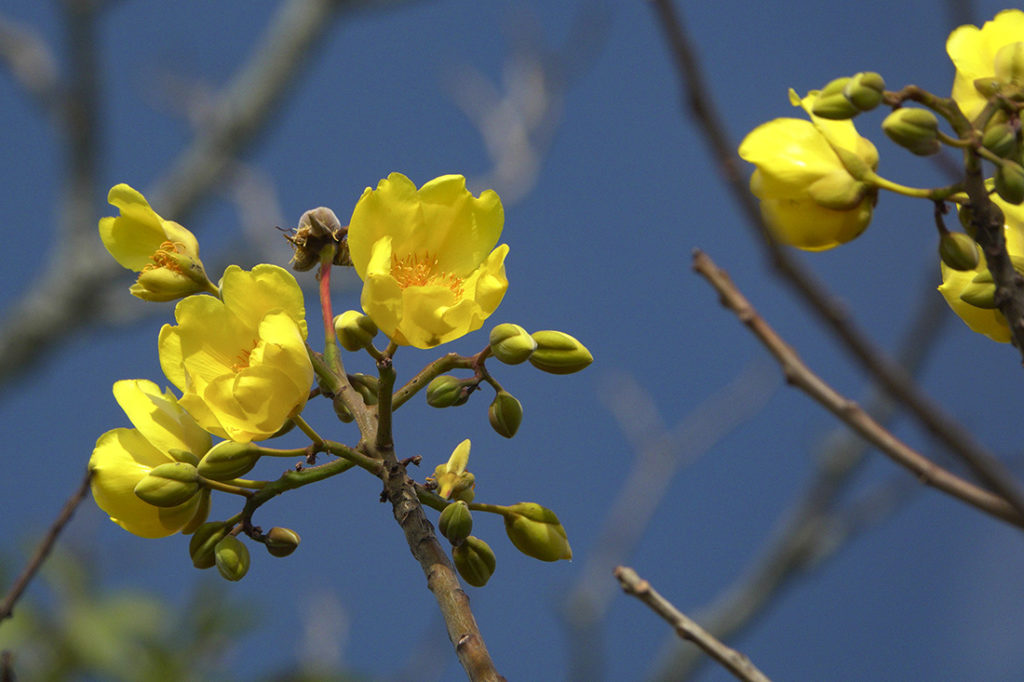 The fact that these two intense flowering seasons happen in a matter of months is due to various factors. Some species developed morphological and phenological adaptations, which created different life cycles in some species. In that sense, most of the flowering species in the altiplano are annuals that are ending their life cycle by reproducing and later, dying. On the other hand, the geographical position of Guatemala allowed a mixture of species from both South and North America to establish itself in the country. Given that each hemisphere goes through the spring equinox in different months, the species that originated in each hemisphere, and that live here, flower in different months too. Lastly, the diversity of microclimates that occur due to the topography also impacts the flowering stage of each species. For that reason, a single species could flower at different moments in separate locations. 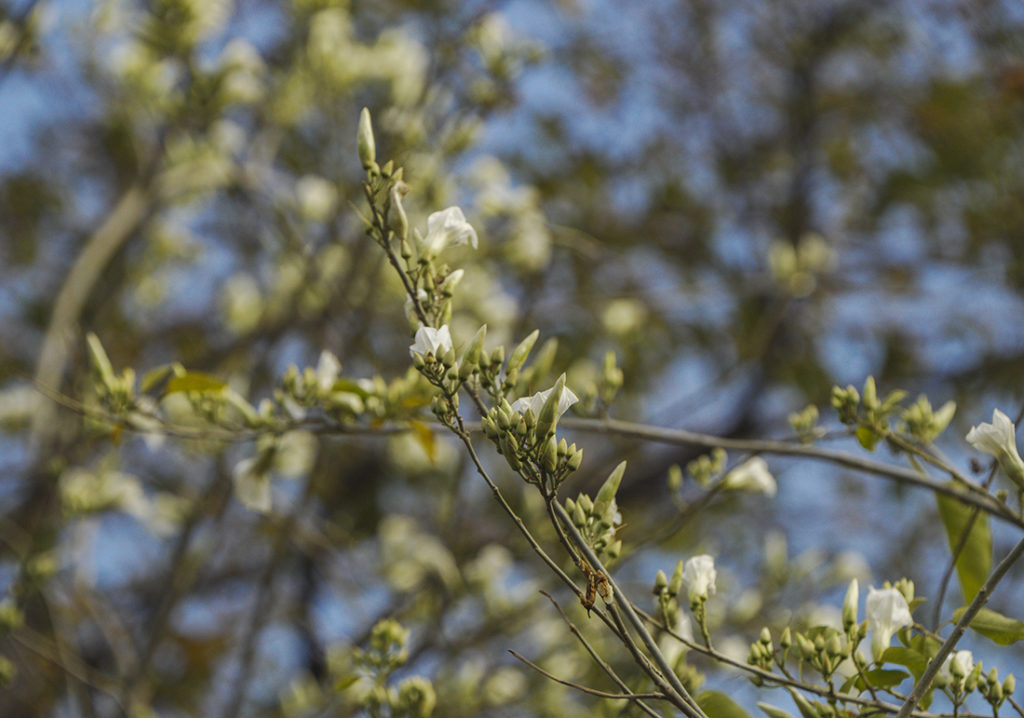 Ipomoea pauciflora flower buds at the road from Jalapa to Chiquimula, near to Ipala; Dec. 2021. There are at least three Ipomea species, I. murucoides, I. arborescens, and I. pauciflora, that grow as trees in Guatemala but have been scarcely documented or studied. Photography by: David Arrivillaga.