It is very likely that during a walk through the forest you have heard the sound of thousands of cycads singing. Although they are rarely observed because they are mainly found in the treetops (or because some manage to camouflage themselves very well with the color of the barks from the trees) we can hear them from miles away and they are capable of trapping us in a magical atmosphere. But, how much do we know about the Cicadas?

Cicadas are insects belonging to the Cicadoidea family of the order Hemiptera – the same order that bedbugs belong to, believe it or not – and there are more than 3,000 species. You can recognize them by their long transparent membranous wings and their colors that are generally brown, green, black, or grayish, with mottled coloration patterns, but there are always exceptions (like everything in nature). Its body is robust and on its head, in the middle of its eyes you can see 3 points that form a triangle called ocelli or simple eyes, these are primitive visual organs, present in many insects that allow them to capture light and shadow through photosensitive cells.

Cicadas are also known to remain buried for many years, although this does not occur in all species. Their life cycle begins when the female lays small eggs in grooves that she makes in the branches of trees, which serve as shelter and provide fluids to feed the juveniles when they hatch. When they are born they look like termites or small white ants, and when they grow a little more, they fall to the ground to dig and find roots on which to feed. They begin to dig tunnels and bury themselves to continue feeding on the roots of the trees and remain in this dynamic for up to 17 years and, why so long? Some hypotheses suggest that it is a defense measure against predators to favor the survival of the species.

During this process, they continue in their juvenile stage, also called “nymphs”, but once they emerge again from the ground they begin to shed their exoskeleton -or skin-, their wings inflate and their skin hardens, now they are ready to begin their short adult life. 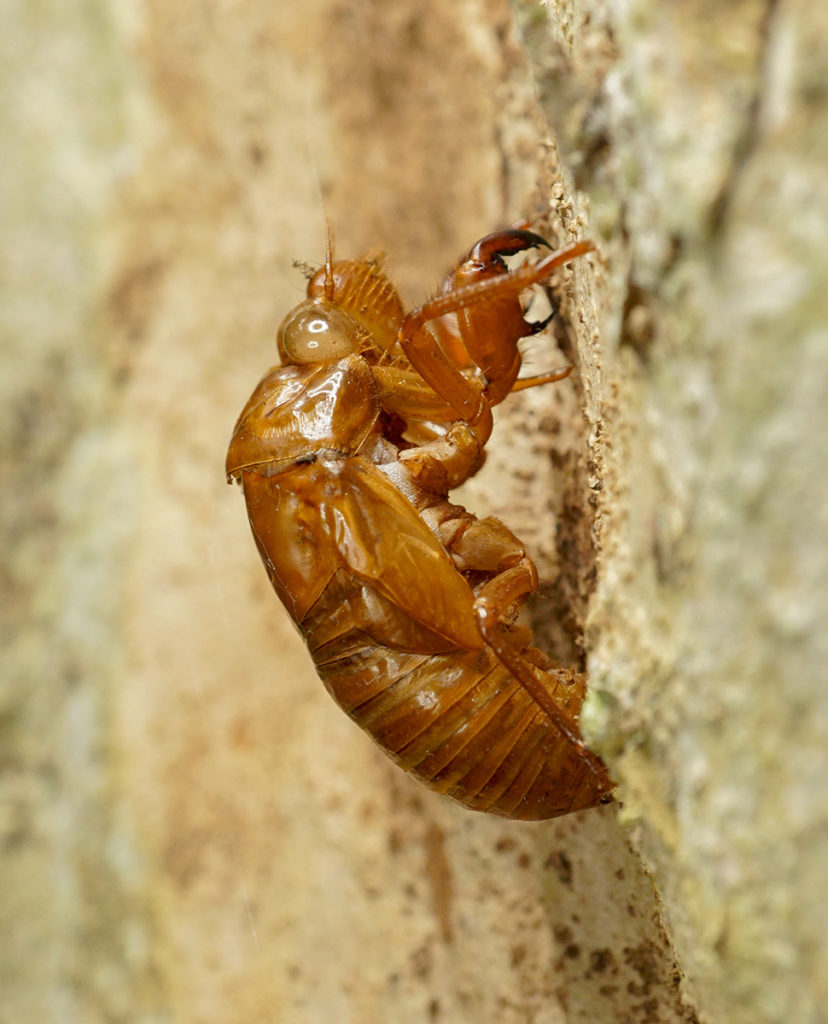 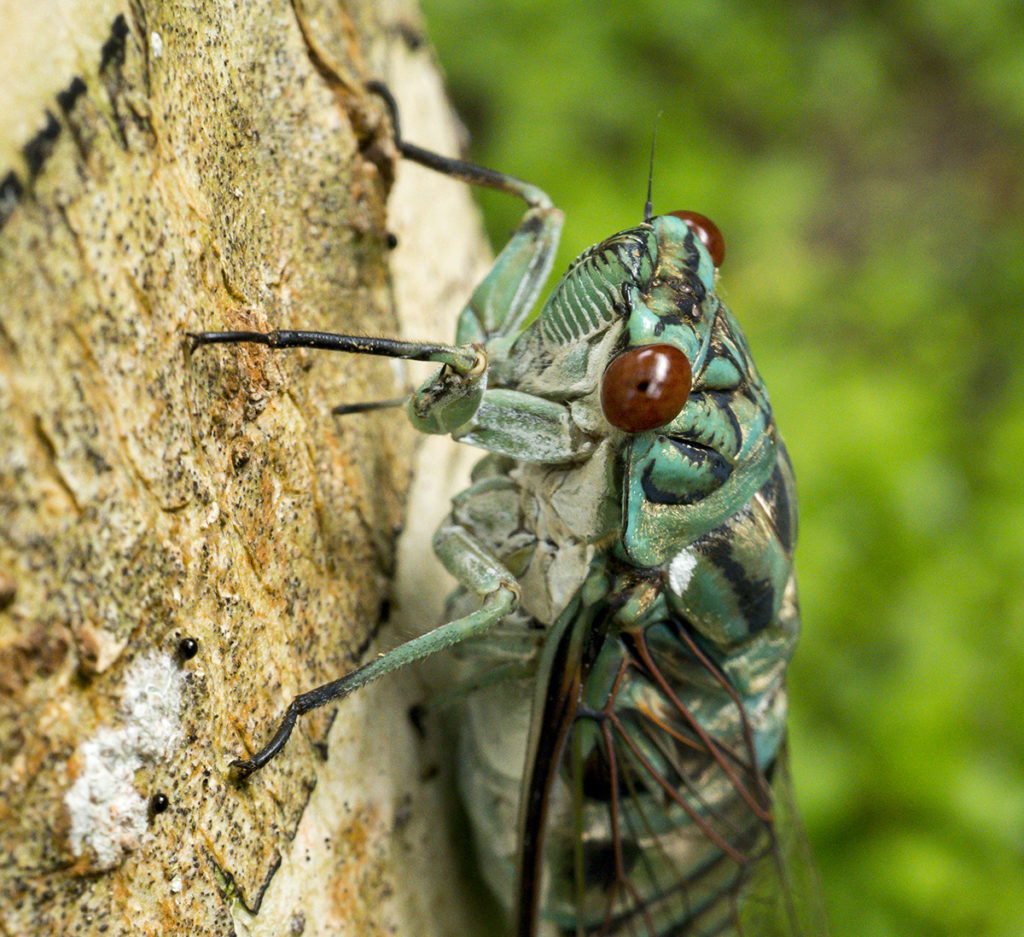 Once they are in their adult stage, Cicadas stay in the trunks and treetops to find a partner and mate, for this, the males emit the unique sound that we already know and is called stridulation, which is also produced by crickets and other insects. According to Bauer, P. (n.d.) “each male Cicada has a pair of circular ridged membranes on the back and side surface of the first abdominal segment. Contraction of the tymbal muscle attached to the membrane causes it to bend, producing a clicking sound. The tymbal springs back when the muscle is relaxed. The frequency of the contractions of the tymbal muscle range from 120 to 480 times a second, which is fast enough to make it sound continuous to the human ear.” Males produce an almost permanent sound between March and April, which coincides with the Holy Week. (Yoshimoto, Cano & Orelllana, 2015).

“The word Cicada comes from the Latin cicāla which is synonymous with summer and especially with strong heat. In ancient Greece the cicada was a mythical animal symbol of the heat and brightness of the sun; but for the Greeks the word means singer or poet”

What is most amazing about the noisy calling of Cicadas is that each species has its own distinctive song that only attracts females of its own kind. This allows several different species to coexist (Valdes, n.d.). So the next time you listen to Cicadas, pay attention because you won’t always listen to the same song twice.