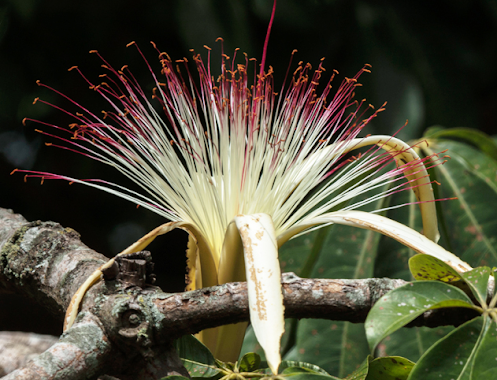 For many years, flowers have been used to represent different meanings. One of the most common traditions that you still observe today is giving flowers as a symbol of affection and romance, especially now that Valentine’s Day is coming… but culturally, flowers have tended a much broader symbolism.

In the Mayan culture, for example, the natural environment was an essential element in their lives, as it was a source of raw material and food. It was also the center of their worldview, because it was the place where supernatural beings lived. Plants and flowers are not only used for decoration, but they have different meanings.

The four-petal flower appears more frequently in vessels, murals and architecture. Despite having a multifaceted meaning, it is believed that flowers link a relationship with the ancestors, especially when the images of the Mayan rulers appear coming out of them. In the same way, it is mentioned in the Popol Wuj (also written as Popol Vuh) that for our ancestors flowers are presents, offering or recognition. “The flowers helped Junajpu and Ixbalanke, they saved them from Xibalba with four baskets of flowers.” Pseudobombax ellipticum or amapola, was also frequently found in ceramics, since it was used in the making of ceremonial drinks; also Pachira aquatica, a species very similar to P. ellipticum., commonly called Zapotón. Quararibea funebris is represented in ceramics too, principally in glasses to drink cacao, because it was used as a flavoring for this drink.

“The water lily is pictured so often in Mayan art that it is clearly one of the top two or three most frequently rendered flowers during the Classic period of Peten. Stelae, altars, murals, and painted ceramics (vases, bowls, and plates) show water lily flowers.”

It is believed that this flower connected the aquatic world with the underworld, a dark place, filled with water and presided over by various gods, among them the Lily Jaguar according to Schele and Miller (1986, pp. 50-51). It is also associated with the Serpent of the Aquatic Lily, which has a beak, the body of a serpent, and carries the lily leaf and flower in its headdress. The water lily was considered sacred and for that same reason, it was also used in different rites and ceremonies, in addition to being very beautiful and having a special fragrance.

On the other hand, the Flor de Mayo or also called Nikté in Mayan (Plumeria rubra) was highly appreciated too and is mentioned in Mayan songs. Currently, it is still used in the manufacture of the garlands that adorn the crosses that are venerated in May and to honor the prominent members of a community when they occupy a civil or religious position. Similar to the “flower of the dead” or “Marigold” (Tagetes spp.) Used to adorn the tombs of Maya people and which is also considered sacred for its use as a cacao flavoring and its medicinal properties.

Many are the uses and symbolisms of flowers in the Mayan culture, mainly linked to their own worldview and understanding of their natural environment. Knowing this cultural background can help us to appreciate more the biodiversity of plants that we observe in Mesoamerican ecosystems and perhaps the next time you prefer to share and give native species of flora with your loved ones, always keeping in mind to do it in friendly conditions with the environment.