The main symbol of the Halloween tradition is pumpkin. Although October 31 is not a traditional celebration date for Guatemala, we know how it is celebrated in other countries. Pumpkins are something significant for the date. Orange and with monstrous carved faces. Do you know that in Guatemala we also have pumpkins? Although they are of different shapes and sizes, we should know them. 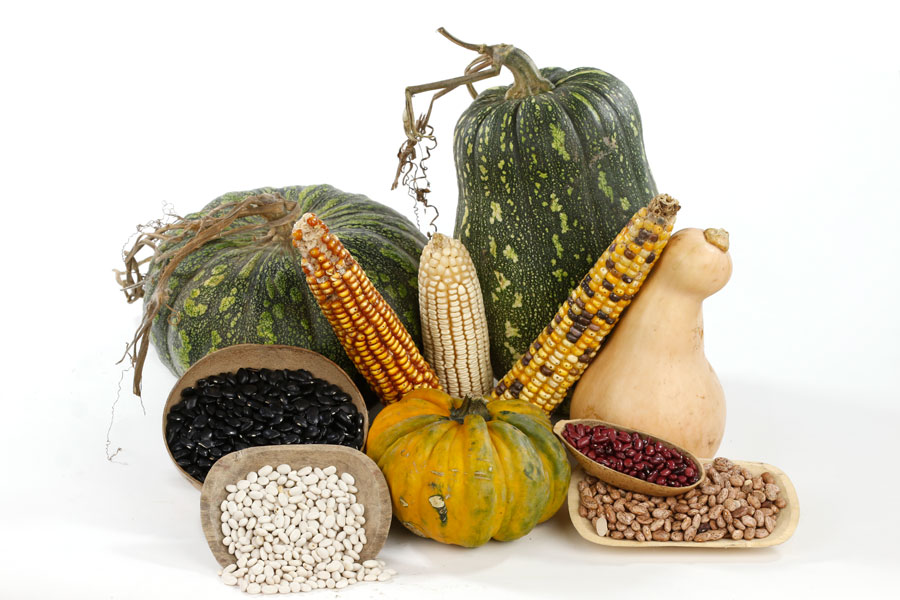 The pumpkin is also called Cucurbita, the genus it belongs to. In Guatemala there are four types of cultivated Cucurbita (Ayote, güisquil, chilacayote, and pepitoria) and two wild types (Cucurbita lundelliana and Cucurbita sororia).

These species are widely distributed in the country, where most have been cultivated as part of the “milpa” bean-corn-cucurbita system.

Wild species of native pumpkins grow mainly on the south coast and in the east of the country, they are also abundant in the department of Petén. They grow on the banks of forests, as part of the secondary vegetation, roadsidesappearing spontaneously. They are not used as human food because they have a bitter taste.

Cultivated species, we can find them growing in the central and western highlands (chilacayote and güicoy). The ayote has a wider distribution and is grown in warm dry or warm humid climate. The pepitoria is cultivated in the north and south of the country.

These species have large and showy flowers. In Guatemala they are appreciated as food and even sold in the markets.

Its flowers are mainly pollinated by specialized bees of the genus Peponapis and Xenoglossa, which visit them before dawn (flowers almost always open a day or for a few hours). It is believed that these bees are specialized, since they have the ability to adapt and fly in environments with low temperatures and also low light intensities, in addition to having the ability to carry and handle large quantities of pollen.

By observing the cultivated Cucurbita genus species we can realize that they have different aspects, these variation patterns are due to the different uses that people give them.

For example, güisquil is acquired because its mesocarp, that is, the fleshy layer of the fruit. Therefore, the maximum variability is observed in the size, shape, color and flavor of the fruit.

From the pepitoria its roasted and consumed seeds are used, such as treats or snacks. They can also be ground and used in special soups such as pepián. Its fruit is generally used for the consumption of animals.

In the case of the ayote, people consume both seeds and mesocarp, so their variability is observed both in the fruit and in the seed.

Although the fruits and seeds of chilacayote are consumed as human food, this species shows the least variability compared to the other species. This is because it doesn’t have a wide range of distribution and also, because it is believed that the center of origin of this species is not found in Central America, so it is not expected to find high genetic diversity.

The next time you consume ayote, güisquil, pepitoria or chilacayote, remember that you are tasting the pumpkins of Guatemala.

Download our Squash & Pumpkins Photo Report to learn more about the pumpkins in Guatemala. If you want to know more about flora of Guatemala and its different uses, visit our website:
www.maya-ethnobotany.org.