In Guatemala, the Central American tapir is known as danto or danta in Spanish, tixl in Q’eqchi’, tucumbalan in K’iche’, tix in Poqomchi and tzimin in Jakalteko. The Mayan cosmogony tells that the gods created humans from the mixture of corn dough with snake and tapir blood, so these animals were sacred in such a way that if someone accidentally or deliberately killed one of these animals he would suffer same fate as his victims. Other evidence shows that in many of the religious Mayan caves, tapirs were sacrificed as offerings. Cueva de Cristal and Actun UayazbaKab in western Belize have tapir remains along with offerings to the gods. Tapirs were associated with the underworld as they are nocturnal. Some carvings depicting tapirs have been found in Guatemala and Belize, although tapirs have not been a common subject in Maya art. For the people who live in the jungles where tapirs live, they are considered the “gardeners of the forest”, for their work as seed dispersed. 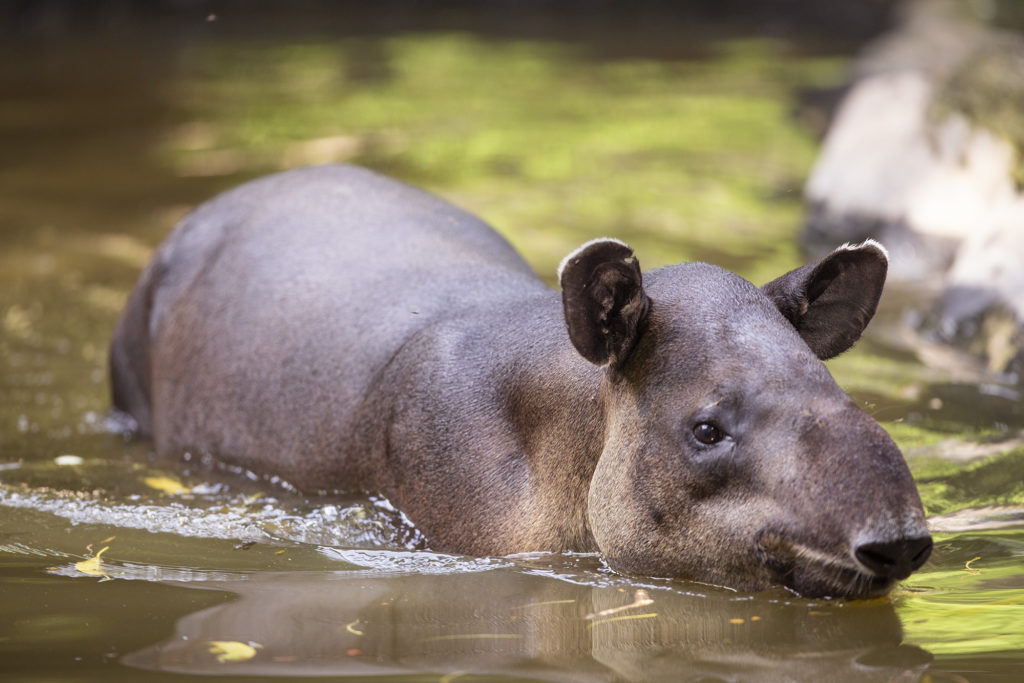 The tapir, Tapirus bairdii, belongs to the Tapiridae family of the Perissodactylaes order and is one of the largest land mammals in America, weighing up to 300 kg. The tapir is herbivorous and its diet consists mainly of leaves, branches, and tender shoots, also consuming some fruits and tree bark, due to this has a great ecological value due to the role it plays in maintaining the structure of the undergrowth (grasses, shrubs, and young trees), by consuming a large amount of food; An example of this is the dispersal of Chicozapote (Manilkara achras) seeds since it is the only animal that ingests the seeds of this species.

The Central American tapir prefers habitats that have high availability of permanent water bodies, more diverse and dense undergrowth (which implies a greater abundance of forage), large extensions of riparian vegetation, and a low incidence of fires. Tapirs avoid arid areas, open fields, and disturbed ecosystems; it is for this reason that the advance of the agricultural frontier and climatic changes have caused populations to decrease drastically, they are also quite vulnerable to hunting pressure due to their low birth rate (a female-only has one calf that passes more than a year with it) and low density its recovery is quite slow.

Every April 27th the World Day of the Tapir is celebrated, a date that aims to draw attention to its importance and recognize the work they do in ecosystems and thus motivate their conservation since they are species that are at imminent risk. 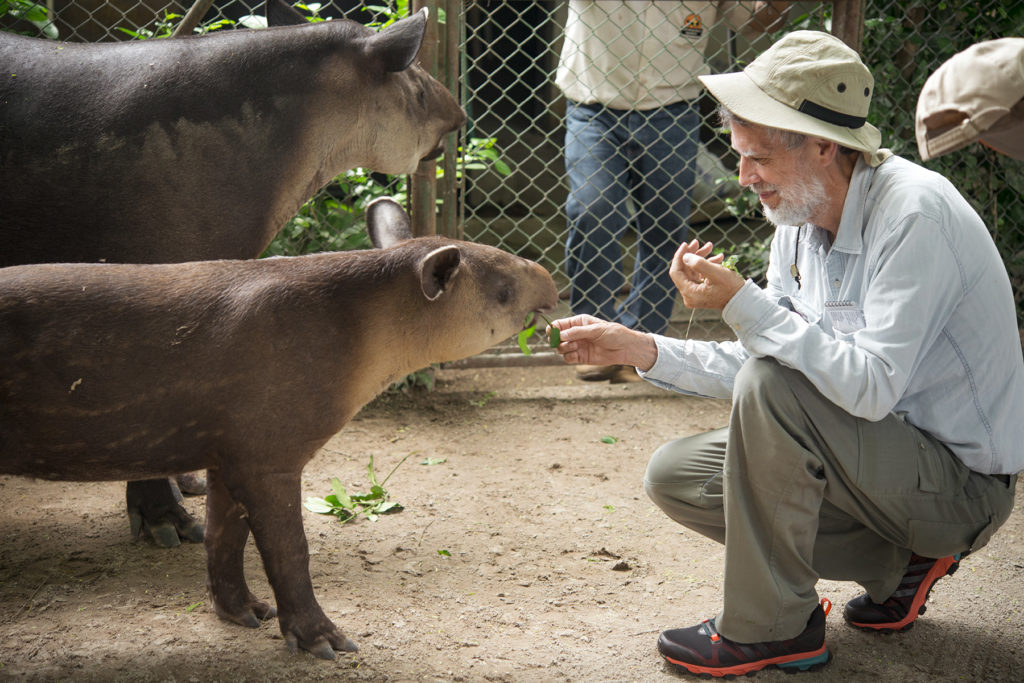 The FLAAR Mesoamerica team is committed to documenting the diversity of flora and fauna species in Guatemala and we want to commemorate this day dedicated to the “gardeners of the forests” who year after year are decreasing in population and with them, we lose the important ecosystem service they provide us.