Yaxha intrigued me due to it having the largest full-figure sculpture of a Teotihuacan inspired royal divine portrait of Tlaloc: fully armed with shield, Teotihuacan military atlatl and pertinent spears.

Tikal is renowned for its Tlaloc shield and Teotihuacan warriors on the sides of Stela 31 and Uaxactun has a stela with royal Teotihuacan affiliated warrior leader also; but the one at Yaxha does not add local individuals nor is the figure in a Mayan pose whatsoever: here is a single frontal divine, military, mercantile message. 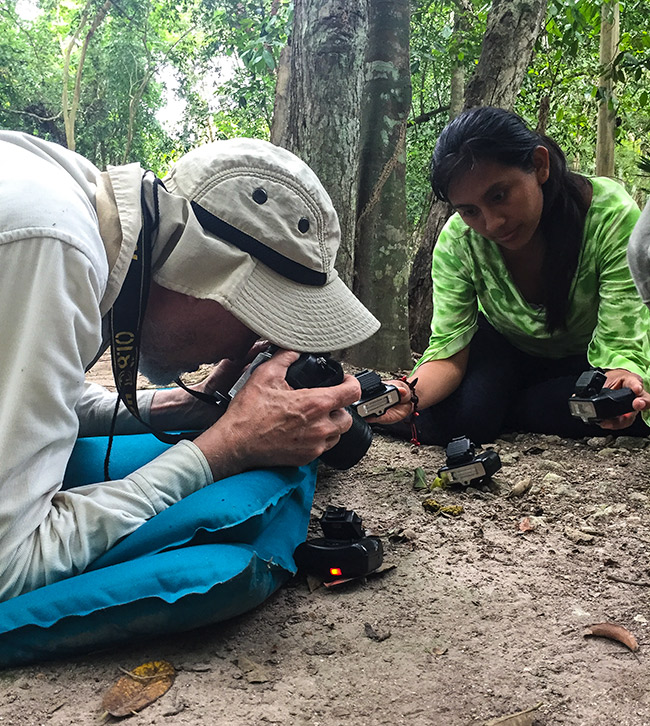 So FLAAR worked with FYDEP, with the US National Park Service who we happened to meet in the Peten, and directly with the President of Guatemala (who spent several days at Yaxha while FLAAR was there). So by 1974 the area was informally declared Parque Nacional Lago Yaxha Lago Sacnab. In later decades helpful Guatemalan individuals, local Guatemalan park individuals, and the government expanded the core area to include Naranjo and to include all the way from Nakum to Tikal. So by the 1990’s a more organized park was in place. But we at FLAAR are proud that we initiated the core Yaxha-Sacnab-Nakum area of the park in the 1970’s. CONAP and IDAEH have significantly improved the park infrastructure, and today (in 2018) there is potential for attracting more people to visit Parque Nacional Yaxha Nakum Naranjo to experience the waterbirds, treetop birds, wild turkeys, chachalacas, funny furry friendly foxes, and all the photogenic trees, arboreal cacti, and many diverse kinds of bromeliads, both arboreal and terrestrial. Plus today the CONAP IDAEH park administrators have an admirable  plan to assist the 14 local rural schools in areas surrounding the park. We at FLAAR Mesoamerica have a children’s book preparation and grade school educational program already at work in the Senahu-Cahabon area, so we will now work to make our experience available to the local schools. Plus we will make lists of all edible plants and all useful plants in the entire park area. And using digital technology we will assist the park in diverse educational programs.

So my interest was not to search for tombs of Early Classic rulers; my primary interest was to map Yaxha and find whether there were any settlement patterns that were different from a traditional Mayan “ceremonial center". Teotihuacan was an urban center, a multi-cultural city. Teotihuacan has Zapotec barrios and surely had Mayan barrios, El Tajin barrios and other cultural zones within its impressive area.

With Guatemalan archaeologist Carlos Rudy Larios we explored the site of Yaxha and with Guatemalan archaeologist Miguel Orrego we set out to remap Yaxha. Early explorers had mapped Yaxha several times, most recently by architect William Lincoln for the Carnegie Institution of Washington in 1932. But the FLAAR map found more mounds-per-plaza and mounds-per-acropolis that comparable areas even at Tikal.

Once we were at Yaxha mapping it we realized that the site needed protection from grave robbers (whom we chased away the first day we arrived). Plus the entire forest needed protecting from being chopped down and destroyed. Once the trees are chopped down and everything is burned, there is no more habitat for birds, monkeys, jaguars, and other animals. 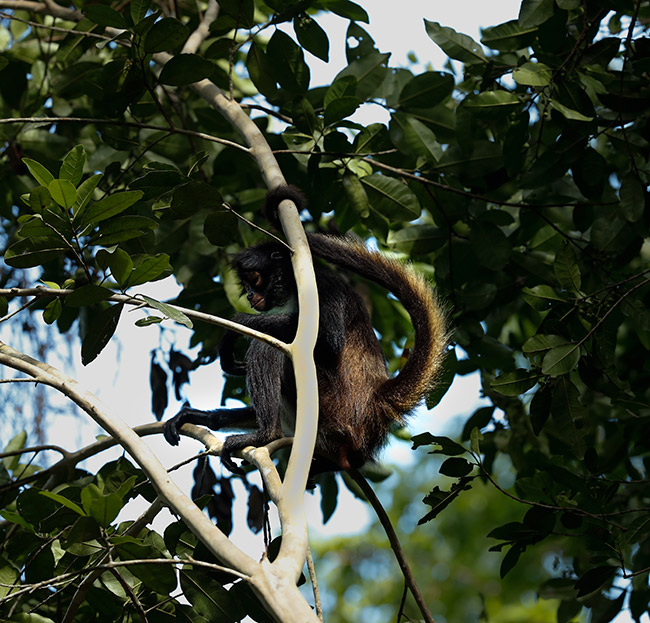